The Amsterdam Cat Museum and other tails 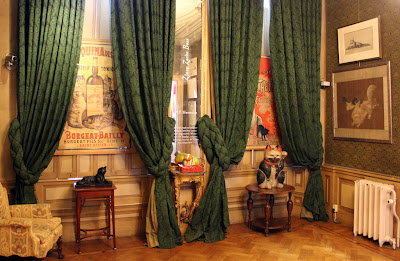 If there's one thing that's defined my 2012, it's cats. There have literally been litter loads of them. So it seemed fitting to cap off the year by heading to Amsterdam - a city that puts up its stray moggies in a glorious houseboat. But even more endearing is the surreal Kattenkabinet - a museum that celebrates man's ability to fashion feline-themed pinball machines, porcelain paperweights and zoomorphised mannequins - futile, time-consuming and expensive endeavours, but endeavours born of the power of love. The results are charming, unfathomable and please-let-me-out-of-here-oh-no-I-can't-find-the-exit creepy. As Borat Sagdiyev once said; entry, please, as I reveal four hand-picked highlights: 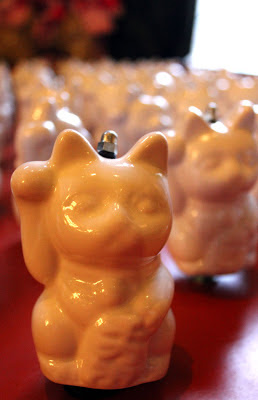 Have a thing for pinball and cats, you dirty bastard? If so, you'll love the cat pinball machine! It may be the most one-dimensional pinball machine ever created, but the lack of functionality and flair is more than made up for by the flawless uniformity of the game's feline subjects and the suggestive communist undertones. Also present is that most necessary ingredient of animal sculptures: vulnerability; for the cats are made of porcelain, while the ball that crashes into them is metal. The cats should smash, but they merely imitate the relentless thudding sound of hammer crashing into sickle (you know, like at the start of Red Alert). They are indestructible; supremely confident and expressionless as they methodically work for the common good - namely the entertainment of the three people per day who see them. 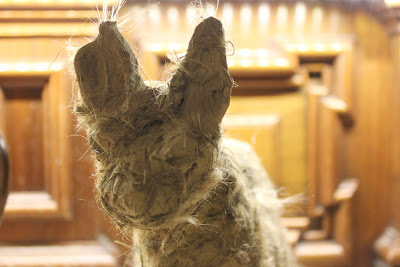 When your cat dies, the obvious course of action for the disturbed is budget taxidermy. And by that I mean cutting off the deceased pet's hair and whiskers, chucking away the carcass and re-attaching the hair to a crude wire-framed cat body resembling aged asphalt decorated with run-over pigeon. If a cat could live to 100, this is what it would look like. 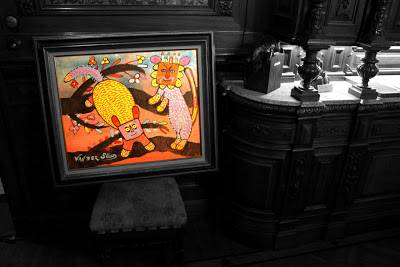 It's a little-known fact that Tinky Winky, Dipsy, Laa-Laa and Po, despite their cumbersome frames and juvenility, successfully nurtured two young pyschotropic Teletabbies; the playmates of young Noo-Noo the vacuum cleaner (who was understandably perceived as more television friendly). Fortunately, the pair have been brought to the Dutch public's attention by the deranged Mr/Ms Van Der Steer/Steed. Unfortunately, the painting hasn't received the attention it deserves due to its X-rated nature. The phallus-resembling tail, come-to-bed eyes, body language - it makes you sick to the stomach, which is why the curator couldn't bring herself (she is a she; I checked) to hang it properly. 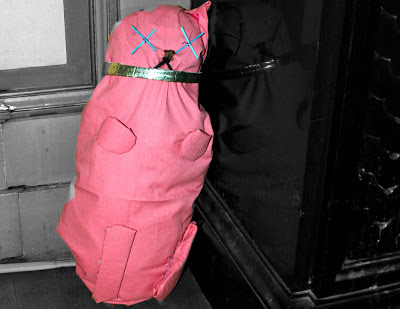 Tucked away in a non-descript corner is the gloriously-pink death cat #2, an incongruous choice of colour for an exhibit that's so obviously dead. Perhaps he or she was an alcoholic. Other possible causes of death: asphyxiation; not being able to move towards food/water due to an absence of limbs. 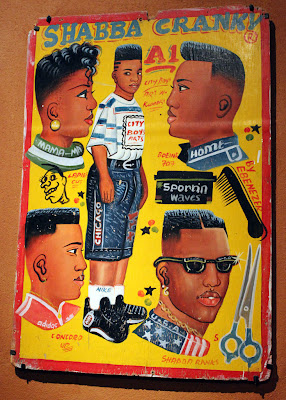 The perfect antidote to the Kattenkabinet's surrealism is the Tropenmuseum (if you're an uncultured monoglot like me, which you are, that means 'museum of the tropics'). Blissfully, there aren't any cats here - but there are the rare opportunities of decorating your sorry head with a Shabba Ranks haircut, running a Middle Eastern café and discovering in a little too much detail puberty rituals in Africa. Marvellous.